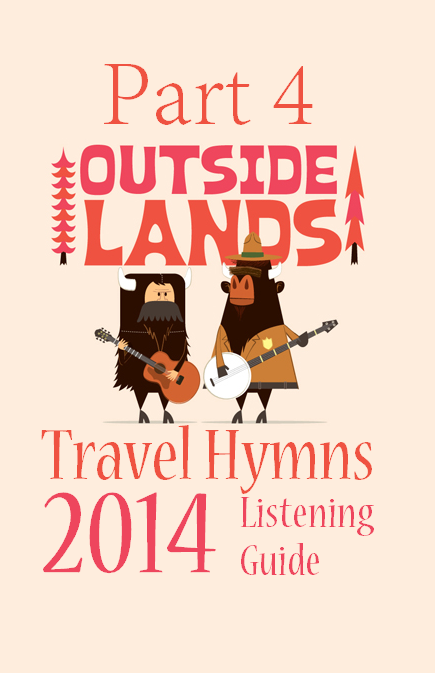 Call us old schooled, but this is a great billing for Outside Lands. At this point in his career, Tom Petty really doesn’t need an introduction. His live band is composed of seasoned performers, each who contribute to the dynamic and unmistakable heartland sound.

We aren’t well versed in Trails and Ways but we’ve loved what we’ve heard so far. Quick comparisons can be made to artists like Superhumanoids, Ra Ra Riot and festival mates Gardens & Villa. We’re not sure if they bill their music as tunes to hike to ironically given the band’s name, but we’re immediately transplanted to a piece of beautiful coastline with these sounds.

Salem, OR’s Typhoon have a whopping 11 members and an almost equally expansive body of work, including four albums. They made their television debut on David Letterman in 2011 and have since enjoyed some more commercial success.

A multi-faceted musician, Memphis, TN’s Valerie June found her niche among genres like folk and blues. June relocated to Memphis early in life and recorded music at the age of 19.

An American folk band out of Brooklyn that formed in 2005, Pitchfork labeled them in recent years as “Best New Music” and described them as “a distinctive blend of spooky campfire folk, lo-fi rock, homemade tape collages, and other noisy interludes, all anchored by deceptively sturdy melodies.”