Everyone has a favorite bar, whether it’s a cozy corner pub or a lively mid-town nightclub. And chances are, along with an inviting atmosphere and amicable company, there’s at least one speciality drink on the menu that keeps you coming back for more. While many a bartender’s creations go unnoticed except to their patrons, others go down in history as some of the most famous cocktails of all time. Below, we explore the origins of some of America’s most beloved beverages. 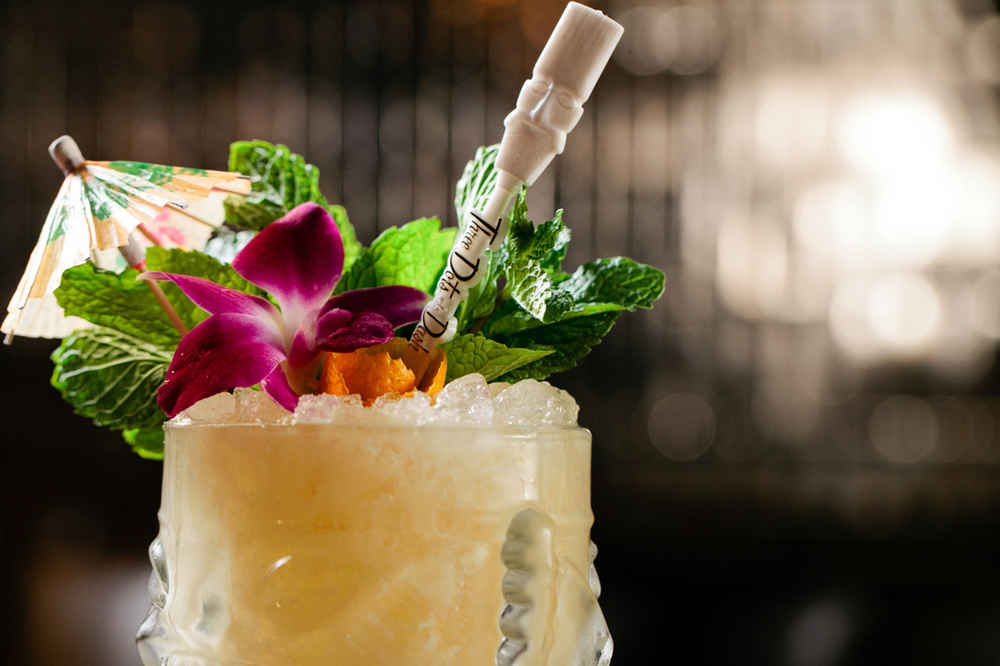 Three Dots and a Dash

Donn Beach is the creator of this complex eight-ingredient tropical delicacy. Having invented it during WWII, he dubbed it the Three Dots and a Dash because it spells out “Victory” in Morse Code. The garnish, with three cherries and a chunk of pineapple, is a visual representation of the code. The drink was invented at Donn Beach’s bar and restaurant Don the Beachcomber, a tiki mecca in Huntington Beach, California. 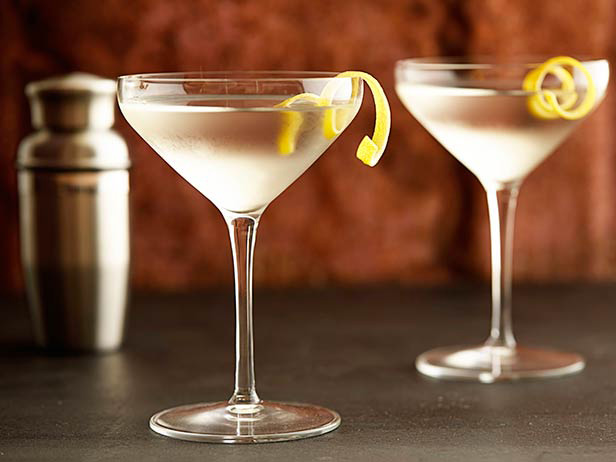 Once called the “elixir of quietude” by author E.B. White, the martini is the epitome of a classy cocktail. It’s been said that how a person likes their martini is a clear indication of their character. The drink’s history, however, is fairly murky. According to one legend, bartender “Professor’ Jerry Thomas invented the modern martini in the late 19th century. Thomas was known for his astonishing talent and innovative techniques behind the bar; he also published the first seminal cocktail manual, “The Bar-Tender’s Guide.” An 1887-edition of the manual included the Martinez cocktail, which Thomas claimed to have invented at the Occidental Hotel in San Francisco. Others, however, claim the name “Martini” came from the Italian sweet vermouth known as Martini & Rossi, first produced in 1863. Still others claim the drink first entered the scene back East at New York City’s Knickerbocker Hotel in the early 20th century. Proponents of this version of events say it was crafted by bartender Martini di Arma di Taggia, who had created a drink to suit the palate of John D. Rockefeller. The drink blended Noilly Prat Vermouth, orange bitters, and London dry gin. 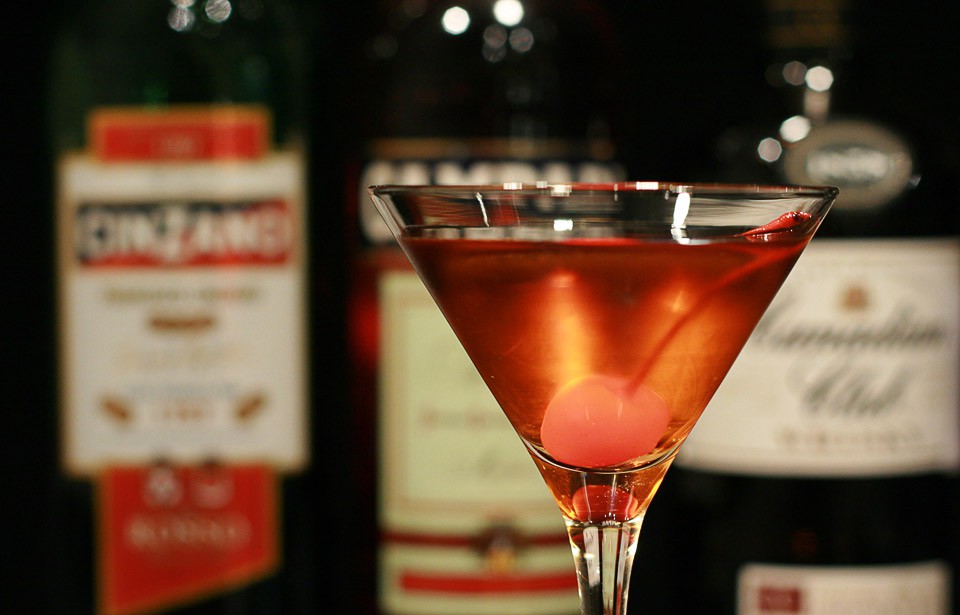 The Manhattan is a blend of whiskey, sweet vermouth, and bitters. Most people believe it to have originated in 1860s New York. But, as with the Moscow Mule, this cocktail’s story is oft-contested and steeped in politics, with scores of people laying claim to its invention. One of the more colorful legends claims Jennie Churchill (future mother of Winston Churchill) threw a party at the Manhattan Club in 1874 celebrating the election of Samuel J. Tilden as governor. A bartender created the cocktail for the event and named it the Manhattan after the club. Tilden ran for president in 1876, winning the popular vote but losing the electoral college vote to Republican candidate Rutherford B. Hayes. 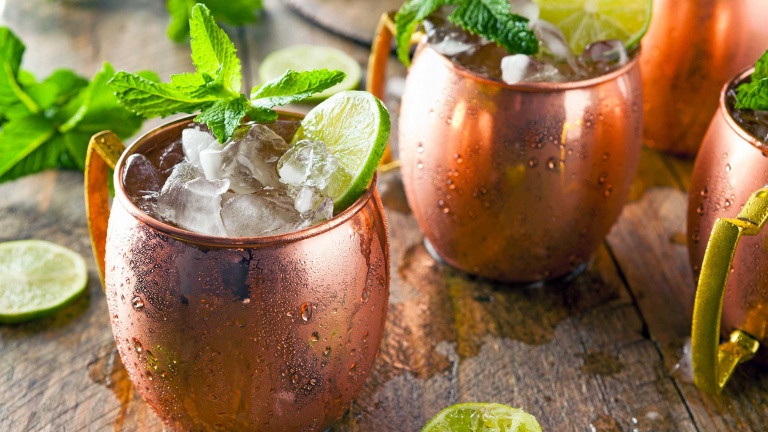 The Moscow Mule, a cool cocktail with a kick, is a blend of vodka, ginger beer, and lime. John G. Martin, who bought the then-obscure Smirnoff vodka company in 1939, claimed to have invented the drink along with pub owner Jack Morgan, owner of the cocktail’s bar of origin, the Cock ‘n’ Bull in Hollywood. Some accounts, including one penned in the Wall Street Journal, say the pub’s lead bartender Wes Price actually invented the drink, and this may well be the case. Either way, some facts are clear. Martin was an expert marketer and was looking for a way to move his supply of Smirnoff in an unreceptive marketplace. At the time, most Americans had never tried vodka — the Moscow Mule was largely responsible for its rise in popularity stateside. Morgan had a basement full of Cock ‘n’ Bull ginger beer, which he too was having trouble selling. The two serendipitously met when Martin stepped into the Sunset Boulevard pub, and the rest is history. 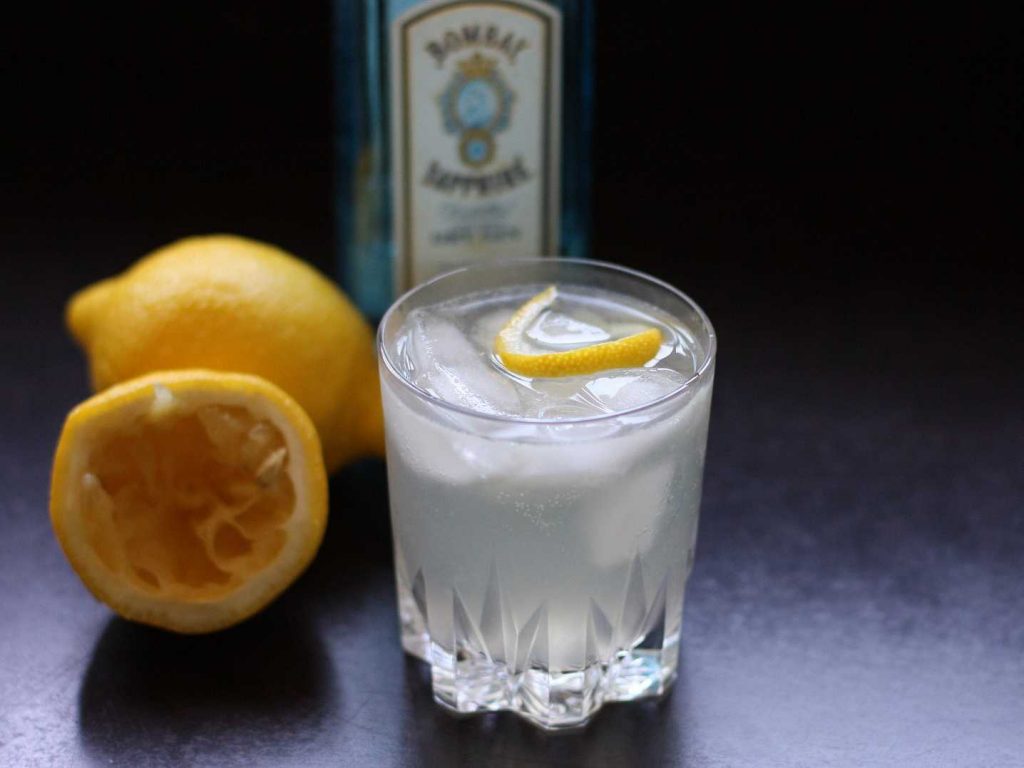 We’ve all heard that popular joke set-up, “a guy walks into a bar and…” The story of the Tom Collins cocktail takes a similar path, originating in a 19th century hoax. In 1874, scores of New Yorkers heard Tom Collins had been slandering their good names while they were out of town. None of them knew the identity of this wicked Mr. Collins, but many set out to find and confront him. The only issue was, there was no Mr. Collins. Bartenders who knew of the hoax began making the citrus cocktail bearing the rascal’s moniker. Whenever those seeking Collins stepped into the bar to ask after him, they’d be served a thirst-quenching drink instead of the culprit’s whereabouts. 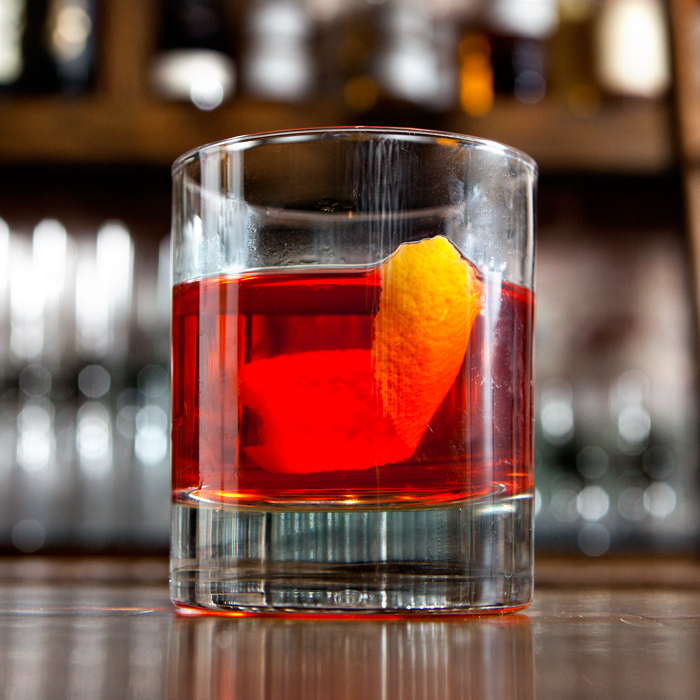 If you’ve never been to New Orleans, you may not have heard of the Sazerac. But this, one of America’s oldest cocktails, is certainly worth trying. A blend of rye whiskey, sugar, bitters, and absinthe or pastis, the drink was invented by Creole pharmacist Antoine Peychaud in the 1830s. As the story goes, Peychaud’s concoction became so popular his apothecary business soon became better known for its cocktails than for its medicinals. Much to the delight of cocktail connoisseurs, the Sazerac, like the Moscow Mule, has recently experienced a resurgence. The Louisiana House of Representatives even went so far as to name it the official cocktail of New Orleans.

Next time you sally up to the bar, ask for one of these classic cocktails and impress your friends with your newfound knowledge!