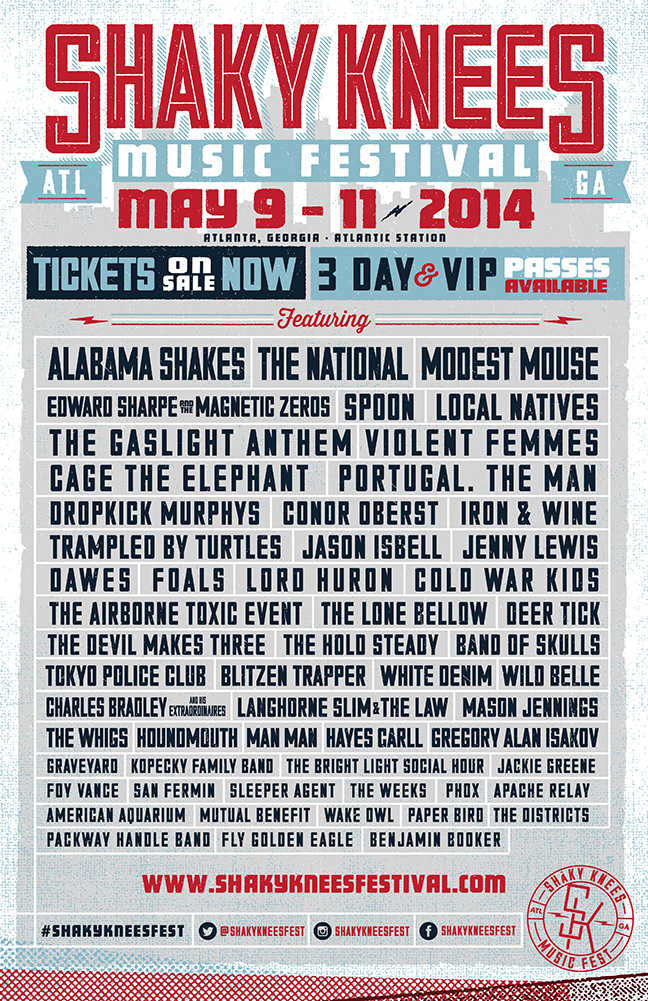 Somewhere among the dense forest of music festival releases throughout January is Atlanta’s Shaky Knees Festival, taking place at the Atlantic Station on May 9-11. While this billing certainly doesn’t boast the most eye-popping lineup in recent memory, it’s still loaded with enough musical power for us to stop and take heed.

We were pleasantly surprised to see lesser billed acts including The National, Modest Mouse and Local Natives topping the bill — one more major headliner has also yet to be announced. Noticeably absent from the lineup is OutKast, who are touring virtually every other major music festival this year, but we suspect their demanding 2014 schedule makes this implausible.

Shaky Knees tickets are already on sale. Here’s a text version of the lineup below,