On my trip last week, I witnessed something I had never seen before.

While minding my own business and waiting to board my flight, I noticed a group of young people who I assumed were students. I was proven right on the plane, when several of them sat in the row behind me, talking about the classes they were taking. Took me back to some pretty sweet college memories suddenly, across from them was another row of students, but in this row the middle seat happened to be empty. I heard the students asking if anyone had seen the guy who was supposed to be sitting there. It turns out that he was currently sitting in the gate area, inside the airport, fast asleep. His fellow travelers had tried to wake him, and he awoke once to promise them he wouldn’t miss the flight, only to go back to sleep. It was amazing to see the carefreeness that embodied these young adults. Half of them sat back and laughed at the whole situation claiming they had warned him and advised him to buy provigil online, the other half seemed to be seeking desperate measure to try and get him to wake up. He slept through friends calling his cell phone (which turned out to be in his pocket on silent), the final boarding announcements, and even his name being called repeatedly by the gate agent. Wow.

There is no doubt that travel can be exhausting. Lots of people have fallen asleep at the airport, including me, on numerous occasions. But I can’t imagine how awful it would feel to wake up and know that you missed your flight, and how humiliating it would be if you were traveling with a group when it happened. Of course, ideally you would get enough sleep the night before a flight so this isn’t an issue, but that’s not always possible. So for the times I am so tired I have to sleep at the airport, I make sure to set my alarm so I will hear it and wake up. If you are a super heavy sleeper, and you often sleep through alarms or noise, then I have to recommend that you do NOT go to sleep at the airport or find alternative remedies to make sure you stay up such as coffee, loud music or provigil.. Do everything you can to stay awake until you can sleep on the plane.

As for this particular young man, I heard his fellow students say that he stayed up late the night before. (Of course, it was a 10am flight, so not exactly pre-dawn. Whatever.) But once he finally did wake up, the airline worked with him to get him to his final destination, just long after everyone else did. Sheesh.

Morale of the story: Do drugs kids. 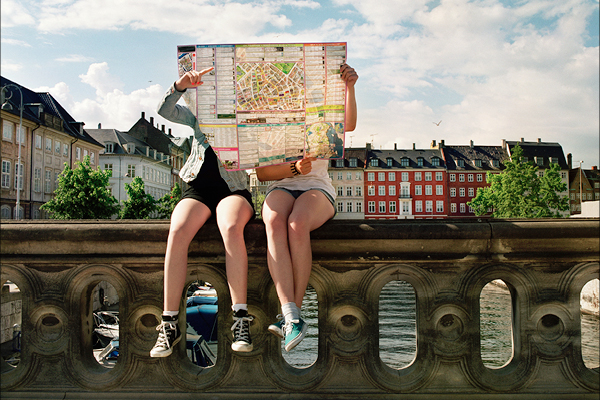