Travel Hymns got a chance to roadtrip from Phoenix to Flagstaff to check out the power group HAIM, and man, it was a blast.

HAIM played the Orpheum Theater in Flag, which we’ve never been to, so it was cool to check out a new venue. As an all GA show, we could stand at the bar on the balcony or take a spot on the floor. As a traditional theater, the Orpheum has chairs bolted into the floor, so it’s first-come, first-served seating as well. Even though we arrived after the opener, we were able to snag a pretty decent, second-row seat!

Okay, so now let’s get into the nitty-gritty. HAIM was fantastic! These 3 sisters (Alana, Danielle, Este) know how to put on a show. Alana plays guitar and percussion, Danielle does guitar and vocals, and Este plays the bass. However, not to put them in a box, they all do vocals and they all can probably play more instruments than their go-to’s.

They played an 11-song set that consisted of pretty much their entire record, Days Are Gone. They also threw in 2 new songs from the upcoming album, due to be released in the summer of 2016. As a special surprise for this Prince fanatic, HAIM blessed the audience with a cover of I Would Die 4 U that would make the late icon proud.

A personal favorite of the show was the drum circle type finale. The three sisters gathered around a custom drum kit and jammed. It was so improvised and impressive. They traded drum parts, traded spots on the kit, and blew us away. Definitely as way to leave the audience wowed.

These girls can actually sing, they can actually play their instruments, and they have great charisma. We loved the chance to finally get to see them play live after being a fan for a few years.

Some Pics from the Show

(Excuse the iPhone pictures, someone forgot their camera) 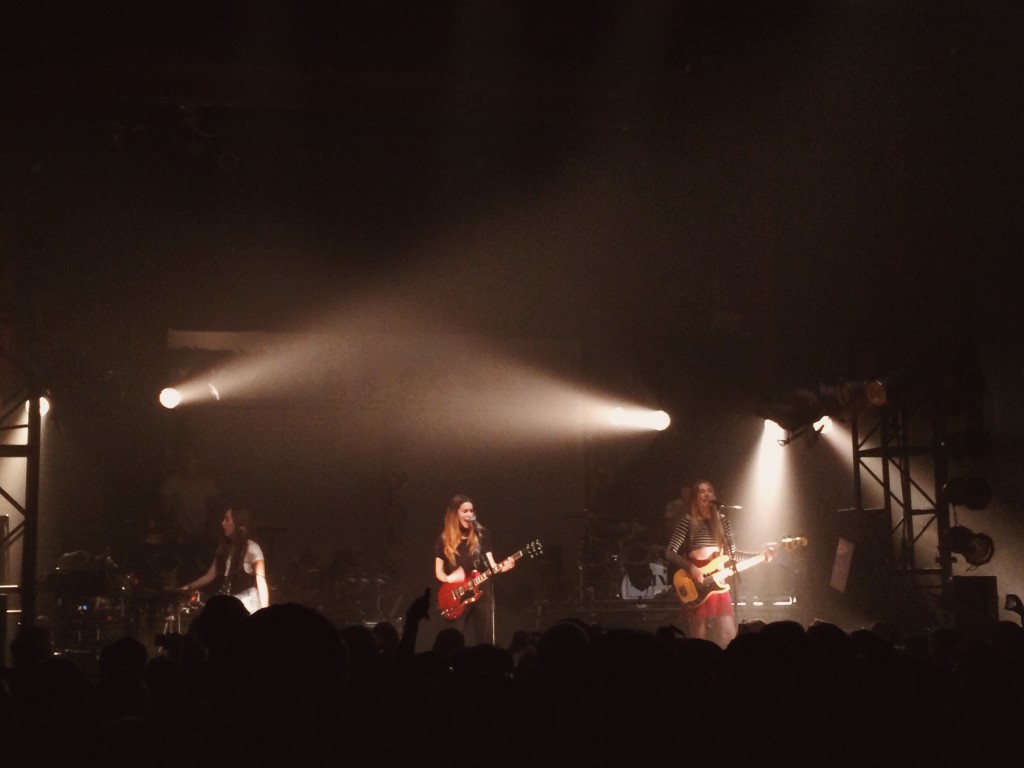 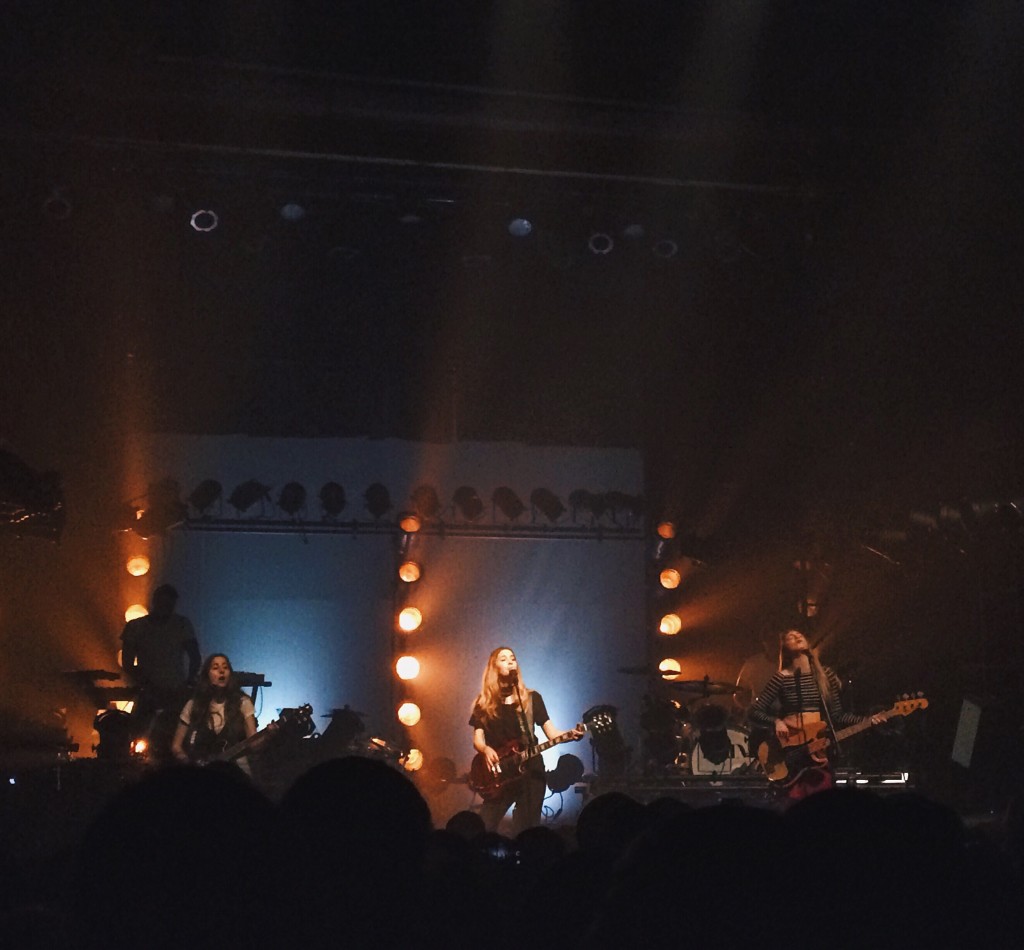 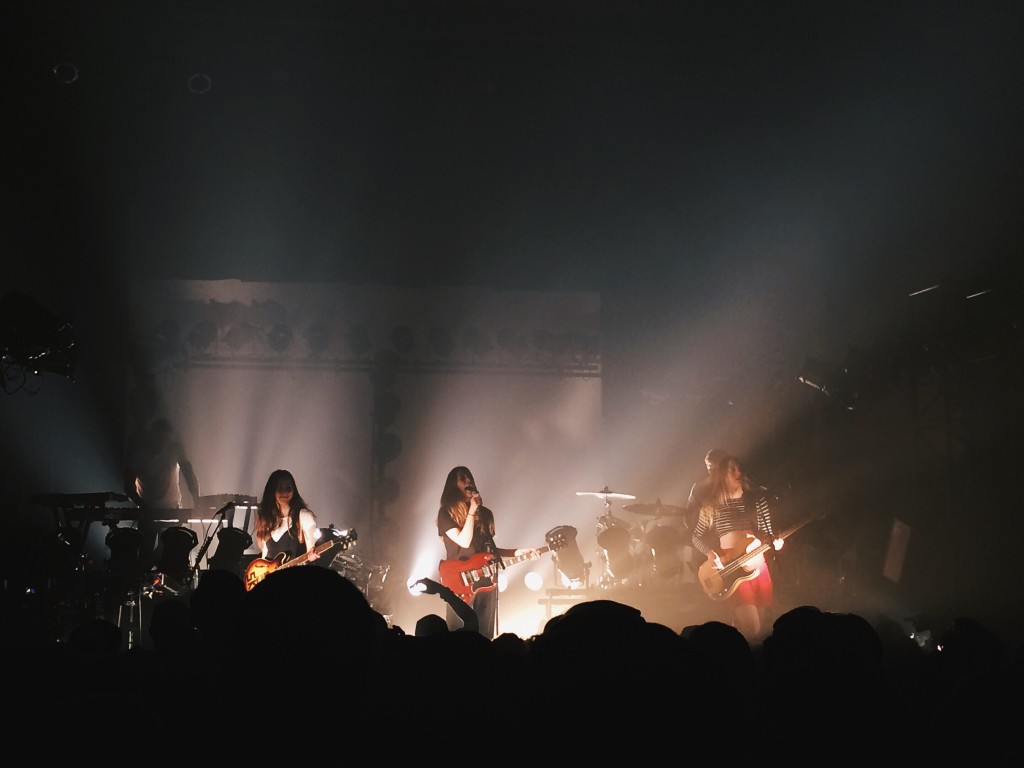