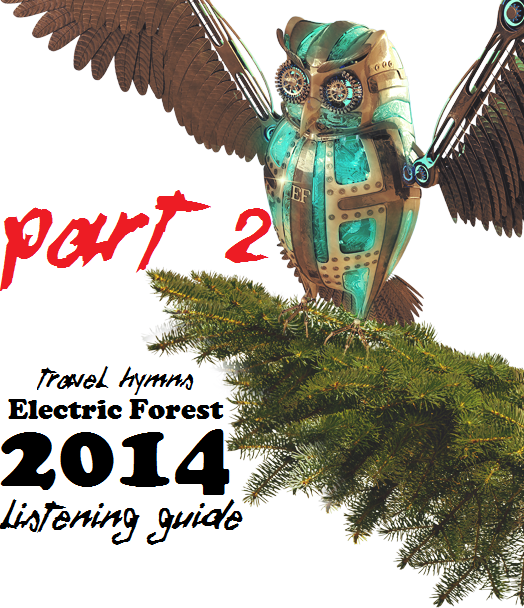 A 3-piece French electronic group out of Paris, their wide ranging style touches on genres like Drum and Bass and Drumstep.

Portland based producer Doug Appling is Emancipator Ensemble, a fast riser in the EDM world through slick sample selection and frenzied beats.

Boulder’s electronic duo EOTO is the impressive product of Michael Travis and Jason Hann. Never using recorded loops or beats in their performances, every show is entirely improvised to deliver a completely unique electronic flavor.

LA’s FlyLo is one of our absolute favorite producers, Steven Ellison is a prodigy of remarkable hip hop heavy predecessors like J Dilla. His work is nearly impossible to pin down into any one genre but perhaps somewhat characterized through a penchant for so willingly falling off the rails of convention.

Smallscale genre innovators, Golf Clap has risen ranks in large part to the frenzied touring community of DJs. They cite ‘Arnold Palmers on a sunny day on the links’ as a major influence.

Although Miami’s GTA uses ‘Death to genres’ as a battle cry, they describe their sound carries a heavy hip-hop lean with more tropical influence.

Doug Appling’s I Am Legion quickly rose to the top of the Beatport chart, a four-piece musical collective creating large scale visual performances. The group is a powerful display of hip hop’s domineering influence in the EDM world.

Special thanks to Reddit user ShivaCobra for the info.

Isaac Tichauer is a talented producer known only to a loyal following for creating rave-centric mixes and steady house sets. There’s no denying Electric Forest is a major billing for him.

Bringing pride back to Detroit in the form of EDM is producer Jimmy Edgar, signed to K7 Records. His musical style draws from unique to EDM genres like jazz, street beat and R&B.

Swedish house music is in capable hands with producers like Rathsman, drawing instant comparisons among the genre’s best like Disclosure, Duke Dumont and more.

The Bay Area’s Justin Martin is yet another heavy hitter off Dirtybird Records, often mentioned in the same breath as label mate Claude VonStroke for his similar capabilities behind the decks. Martin occasionally drifts into rawer sounds, a quality that makes for memorable full sets.

49-years-young Brooklyn-bred Kevin maurice Saunderson is considered a pioneer of techno, credited with fostering a niche genre of Detroit techno characterized by techno recordings from Detroit producers in the 1980s + 90s.

A legend in his own right, London’s own Burridge is credited with playing an instrumental roll in breathing life into Hong Kong’s underground club scene during the early 1990’s. Present day, Burridge is a nomadic nightclub DJ.

One of the more aptly named producers on the 2014 billing, Lindsay Lowend is one of the smaller artists looking to prove something on the biggest stage yet.

Phoenix’s Twonkstyled Luminox wields an eclectic sound influenced by artists like Pharrell, Kraftwerk, Timbaland and classic artists of the 1960’s.