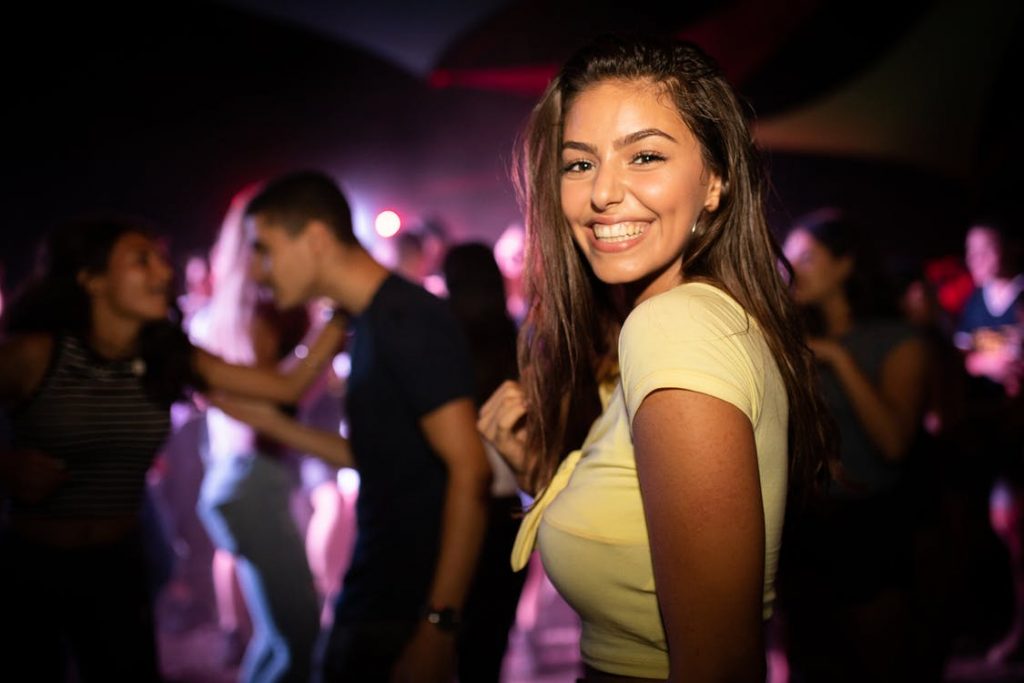 If you’re idea of a holiday heaven is relaxing on the beach or by the pool then dancing through the night until the early hours of the morning, you’ll want to check out these fab clubbing destinations. From Europe’s party capitals to dancefloors further afield, you’re guaranteed to have the best nights of your life.

Wherever you go in Cyprus, you’re going to find great nightclubs and fantastic parties. Ayia Napa is easily the island’s most infamous clubbing scene, with more than 80 bars and 12 clubs. It’s been the talk of the partying world for years, so it’s well worth visiting this highly lauded resort. The lively Limassol is Cyprus’ second-largest city and has exciting nightlife to explore. It’s the place to go for chic lounge bars, cosmopolitan cocktails and loud music. But there’s more to Cyprus’ clubbing scene than its biggest cities: you can find out more here and discover the delights of Paphos, Protaras and Larnaca.

There are few destinations in the world that can rival The White Isle for culture, history, clubs and DJs. Ibiza needs little introduction: it’s a Mecca for all clubbing fans. And because of its reputation, you can guarantee the biggest acts will play every summer. From the 5,000-capacity Amnesia to the open-air dancefloors of Privilege, it boasts some of the best, biggest and most glamorous clubs in the world. Whether you prefer to rave all night or sip cocktails throughout the day, there’s a club and a party that’ll suit you down to the ground.

This party town has been popular since the 1980s and it’s still going strong, attracting thousands of new partygoers every year. Crowds head to Kavos’ main strip to dance all night before catching the sunrise on the beach in the early hours. Kavos attracts some big names – and it’s not just top DJs and acts that head over to play. Cream and Ministry of Sound run big rave nights through the summer.

If you want a clubbing destination outside of Europe, Cancun is an obvious choice. Home to the legendary Spring Break, it’s the ultimate partying holiday. From the end of March until the middle of April, you can do everything from dancing on the sands at huge beach parties to visiting some of the biggest, most over-the-top clubs. Major acts arrive from all over the world to play at this annual partying pilgrimage, so expect an intense clubbing scene. Cancun still puts on an awesome show for the rest of the year: from the flying acrobats and bar-top conga lines at Coco Bongo to the rooftop pools and foam parties at the Hard Rock Hotel Cancun.

Partying doesn’t get much more OTT than in Las Vegas. Everywhere you look there’s a spectacular sight to behold: from rollercoasters on building rooftops to glamorous pool parties. The casinos are a huge draw for Las Vegas visitors, and they’re a great place to start or finish your night. However, the giant clubs and sparkling shows are the perfect way to submerge yourself into the Vegas party scene. The famous Caesars Palace Hotel and Casino hosts extraordinary Grecian-themed evenings, while you can cool off at the daytime parties at the Mandalay Bay Resort & Spa’s beach parties.

With almost more clubs than there are people, Berlin is a hot spot for super-cool parties and industrial, edgy nightclubs. The best clubs are notoriously difficult to get into – think about the hype around Berghain and its unwritten entry rules. There are a couple of things you can do to increase your chances of getting entrance into the city’s top clubs: don your best black leather, know the music inside-out and try to speak some German. For the best nights in Berlin, avoid the crowded tourist areas: befriend the locals and head to the venues they recommend.

From traditional samba music on the beach to the legendary carnival, it’s no wonder that Rio de Janeiro attracts more than a million visitors every year. Its carnival is without doubt the biggest party going: whether you choose to dress up and get fully into the spirit or party on the strip until dawn, it’s an unforgettable experience. When you’re ready for something more chilled, check out the Palaphita Gávea for a laidback night out.

Clubbing holidays can take you all over the world: from the bustling streets of Rio to the glamorous island of Ibiza. And regardless of which country you visit, you can guarantee that you’ll be dancing til dawn to some of the finest DJs and music acts around.