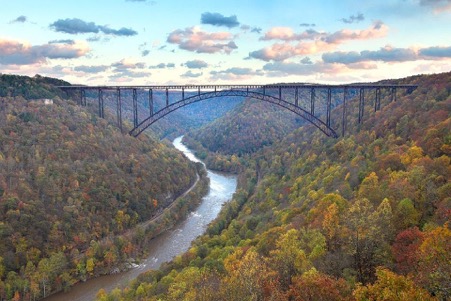 Most, if not all, of us love to go on thrilling and daring adventures. The adrenaline rush of being somewhere uncertain and unfamiliar is both exciting and intimidating.

What better way to express your inner dauntless than a mud and rain adventure in a forest setting- thick trees, lush vegetation, narrow paths. If you long and crave for such escapades, you can try the New River Area in West Virginia and book from the New River ATV Tours website. You’ll get to experience over a hundred miles of thrills and fun, exploring the challenging terrain with new and powerful ATV’s.

Gear up, suit up, prepare the GoPro, get ready to know more about this place with these awesome facts:

The New River owes its great length to two rivers converging- the North Fork which is more than 40 miles and the South Fork which exceeds 70 miles. It flows all the way from the Ashe-Alleghany county to West Virginia.

It is believed that the New River is the only major river in the United States that does not flow south- it flows northwards.

Despite the name, the river lags only behind the Nile River for being the oldest river in the world according to some geologists. It has an estimated age ranging from 10 million to 360 million years ago.

In 1998, the river was named one of American Heritage River. Furthermore, in 1976, it was also awarded as a National Scenic River. It is one of the state’s least industrialized rivers.

The federal government instituted the New River State Park to protect the river and its natural resources. Another committee is dedicated to stopping harmful developments and other projects that might cause harm to the river.