Did you know that there is only one copy of the Wu-Tang Clan’s album Once Upon a Time in Shaolin that exists? It was recently sold for a million dollars to a buyer who remains anonymous. Paddle8 was the auction house responsible for the sale and the only information they gave about the buyer was that the new owner is a private American collector. 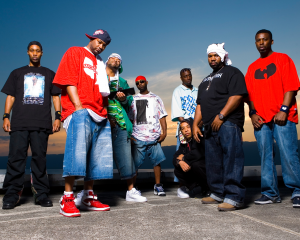 One of the deals when buying the album was that the owner is not allowed to commercially release the album for 88 years. The album is presented in a hand-carved nickel-silver box that comes with 174 pages of lyrics, credits and stories from the production of the album all encased by a master bookbinder in leather.

Once Upon a Time in Shaolin features 31 songs, stories and skits and runs for about 128 minutes. Of course most of us will never be able to hear it, but some lucky fans had the chance to listen to it an exclusive listening session at New York’s Museum of Modern Art earlier this year.

RZA, a member of the iconic Wu-Tang Clan, said that charity will get some of the portion of the large sale. He mentioned that the inspiration behind the album was to do something big like this and he is glad that the group was able to achieve that.

The auction of Wu Tang’s album broke a record, making it the most expensive single album sold to date. It broke the previous record of a rare recording of Elvis’s first song that went for $300,000 to Jack White.