Tickets are selling out at McDowell Mountain Music Festival 2015!
As a music festival junkie formally trapped in the barren land that was once Phoenix, Arizona, I could not be prouder to boast that I now live in a land of Music festivals! Yes, this is Phoenix! That being said, you better get your tickets before you miss the best shows this year!
12 years ago McDowell Mountain Music Festival started with a bang (and pushed through the terrible recession) to become the premier music festival in the Southwest it is today. Before 2004 there were attempts, both lame and noble, to bring more music to the Valley of the Sun. Some lasted longer than others but none as long or as great as MMMF.  Brought to us by the generous and oh-so-cool peeps at Wespac Construction, their brainchild has forever changed the landscape of music in Phoenix.
Look what has happened in just the last few years, because in no small part to their dedication and love for music and the joy it brings to the music festival fans. And let’s not forget the generous contributions to charities that come about as a result of the festival itself. (McDowell Mountain Music Festival is the only 100% non-profit music festival in Arizona, designed to promote community involvement, corporate participation and charity.)
In the past five years we have seen three additional music festivals join the sonic landscape, Margaret T. Hance Park now has a dedicated stage for this and many other performances, and the crowds grow larger by the year thanks to the light rail system that hooks up Tempe, Mesa, and North Phoenix to Downtown Phoenix where the festival takes place every year.
AWESOME AWARD: I’d like to pause for a moment to bring attention to the stellar attitude of the organizers and their ability to think beyond what was for them (being in the construction biz) the worst financial time for the industry and, as we know, everyone else. In spite of the bottom falling out of the market, construction at an all time low, money tight in every single wallet (both personally and in business) Wespac decided to keep the McDowell Mountain Music Festival going. They laid down real grass turf in a parking lot (fabulous grass to dance on and no grounds fees), brought in lesser known acts (to keep the ticket prices down) and maintained the charitable nature of the festival (still 100% non-profit). Other festivals just shut down for lack of creativity (or lack of passion for) keeping the music going. I was at those shows in the parking lot and I am here to tell you the spirit was preserved and we had an amazing time dancing our pants off so close to the stage. On Sunday, they even gave away the turf to anyone who wanted to haul it away. Therefore I nominate and award the organizers of MMMF the AWESOME AWARD! ‘Cuz look what we got now…
This year we are psyched to see…well, everything! We caught Passion Pit, Portugal. The Man, Trampled by Turtles, STRFKR, and Trombone Shorty late last year and are looking forward to the reprise. Bands I know nothing about are Break Science, the Hourglass Cats and Spafford. I won’t even look them up because I want to be surprised…much like I was last year.
The line-ups have been getting more interesting over the years. It started out back in the day with a definite blues/hippie bend (of course that is RIGHT up my alley). We rocked out for several years to Ben Harper, Slightly Stoopid, Bob Weir, Railroad Earth, et al. Lately though, and most significantly last year, the bands are lesser known to me and totally fantastic! For instance, I was going to skip Friday night of last year’s Festival, but CC made me go. Good thing too! I discovered a complete love crush on STS9, Lettuce and Decker. I was familiar with Gramatik but was not (at the time) motivated to go. Thanks to CC, my fun factor for the weekend went up by 3x. Wow! Lesson learned: don’t miss a minute.
But wait! There’s more!
LATE NIGHT SHOWS!
You’ll find me at the Crescent for Tea Leaf Green on Friday night. Here’s the full late night line up for all three nights!
FRIDAY:
Tea Leaf Green
The Crescent Ballroom 11:00pm
Robert Delong
The Renaissance Hotel (Grand Ballroom) 11:00pm
Strfkr
The Renaissance Hotel (Pueblo Ballroom) 11:30pm
Slow Magic
The Renaissance Hotel (Grand Ballroom) 12:30am
SATURDAY:
Karl Denson
The Crescent Ballroom 11:00pm
Sunsquabi
The Renaissance Hotel (Grand Ballroom) 11:00pm
The Revivalists
The Renaissance Hotel (Pueblo Ballroom) 11:00pm
Treezus
The Renaissance Hotel (Grand Ballroom) 12:00am
Break Science
The Renaissance Hotel (Grand Ballroom) 12:30am
SUNDAY:
All this said, you need to get your tickets ASAP. This year might be the year it sells out! 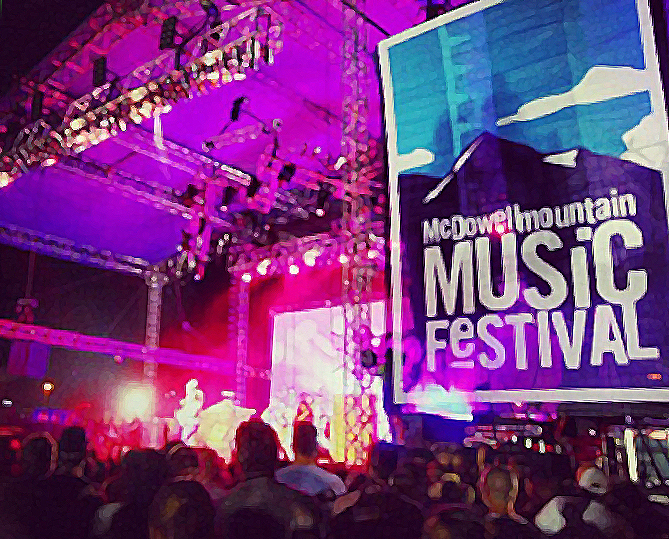