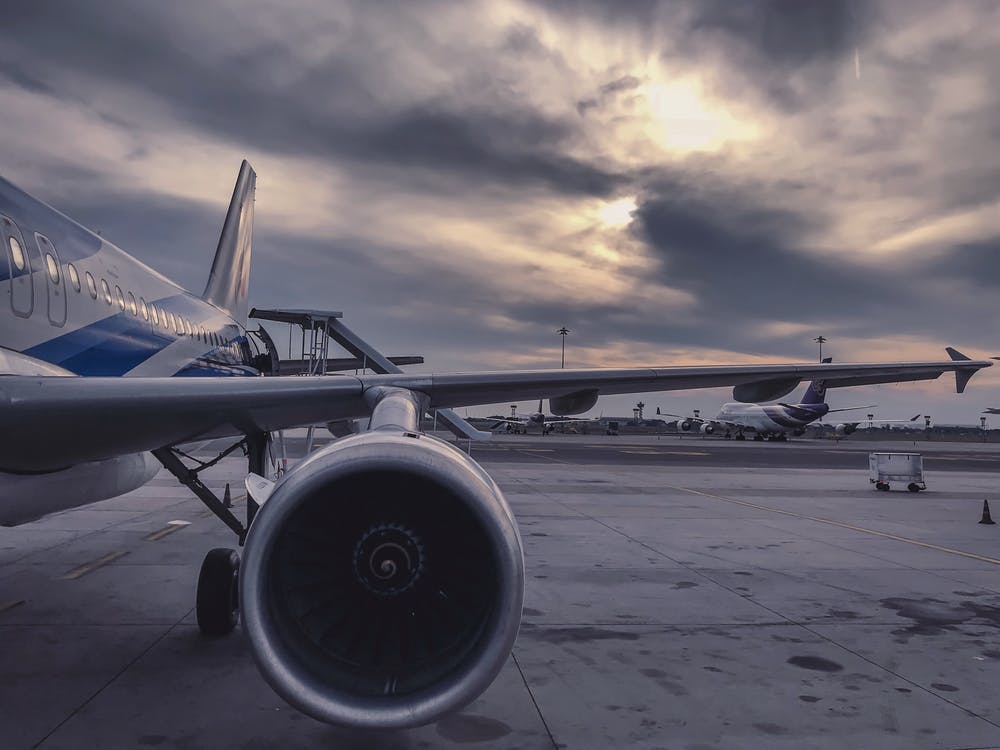 Air travel has been acclaimed to be the safest mode of transportation in today’s world. From being able to carry more than 300 passengers to their destinations, to being enabled to have the capacity of over 600 plus suitcases in air. Airplanes can take people to any corner of the world, and although there are many luxurious airlines to choose from, some are safer than others. The Editor-in-Chief of AirlineRatings.com Geoffrey Thomas said in a statement that for passengers, it is crucial that they not only choose an airline that provides comfort but also the highest amount of security. The ratings of the publication was approved and co-developed with the assistance of the United Nations’ International Civil Aviation Organization.

Out of a massive pool of 409 airlines, 20 have been shortlisted for you to consider the next time you fly out. We’ve put together a list based on the record of casualties, accidents, its’ result from an International Air Transport Association safety audit, and finally, if the country of the airline has managed to abide by the International Civil Aviation Organization’s eight-point safety criterion. Here are the safest airlines you can be sure to trust your life with:

1. After a long period of financial problems, Air New Zealand made a major comeback in the early 2000s. It was named the best and safest airline for the third year in a row by AirlineRatings.com. It has not experienced any fatal accidents or incidents for the last 30 years.

2. Seattle based airlines, known as Alaska Airlines comes in close to Air New Zealand by a close second. Alaska Airlines although suffered major losses in 2016, has not experienced any accidents since the year 2000.

3. The All Nippon Airways was founded in 1954 and has kept up it reputable service since its establishment. In 2017, Skytrax rated All Nippon 6th on its list among the world’s best airlines. It has also not experienced a fatal incident for more than four decades and has managed to stay consistent with their excellent services.

4. In 1974, British Airways was founded after the merger between British European Airways and British Overseas Airways Corporation. It has not experienced any dangerous incidents for over thirty years and has been known for their fantastic services.

5. Cathay Pacific was allegedly named one of the best airlines due to its services and hospitable staff. The airline takes careful consideration when it comes to safety, and has managed to not suffer any dangerous accidents since the 1960s.

6. Emirates have taken everyone by storm over the past 20 to 30 years, and have managed to secure its position in one of the safest airlines to exist. It has upheld its position due to its hospitable staff and high class service.

7. Etihad loses to Emirates by just a small difference. The Abu Dhabi based airlines has managed to maintain their mark free record and ensures safety to all its passengers. Only having been established 10 years ago, it’s a safe bet to travel through Etihad.

8. Taiwan’s Eva Air has been known for its whimsical Hello Kitty themed planes. It may look playful, but US based Eva Air means business. They have been considered one of the best airlines in Asia and has not gone through any accidents since its foundation in 1988.

9. Finland’s national airline, Finnair has also been deemed safe. The Helsinki based airline has had one of the best safety records since its establishment, and has not suffered any damage since the 1960s.

10. Hawaiin Airlines, having been founded in 1929 is Honolulu based and one of the most consistent in safety and hospitality. The US based airline that consists of a wide variety of airplane models, has also never suffered any sort of crash.

11. When it comes to technological development, Japan takes the cake. Japan’s national carrier, Japan Airlines has also been granted one of the safest airlines. It has been a secure airline for more than 3 decades.

12. KLM has been known for its reputable business, as one of the oldest and most reliable airline. Established in 1919, KLM merged with Air France in 2004 and has been deemed one of the safest in almost over 4 decades. The two airlines operate individually, and have separate reputations.

13. Germany’s Lufthansa has been offering it services since 1955. Based in Frankfurt, the airline has not suffered any fatal crashes since 1993. It’s been deemed Europe’s greatest long haul airline by AirlineRankings.com.

14. The oldest and safest airline, running for 97 years, Qantas, nicknamed the “Flying Kangaroo” is the acronym for Queensland and Northern Territory Aerial Services. It has been known for its safety record and has not suffered a major crash since 1951.

15. When it comes to the Middle East, Royal Jordanian Airlines is the least talked about. It still makes its way to the list of safest airlines known. For more than 30 years, it has not experienced any major crashes or accidents.

16. Scandinavian Airlines, or SAS, was formed in 1946 and is the national airline for Denmark, Norway and Sweden respectively. The only fatal crash it has experienced was in 2001, since then it has upped its security measures and makes it way to the safest airlines’ list.

17. Singapore Airlines is practically praised for their hospitable and excellent services. Along with that, they also ensure the promise of safety. Skytrax named them the second best airline in the world. It has been accident free since 2000.

18. In 2002, after Swissair went seemingly bankrupt, Swiss International Airlines emerged as the new national carrier. It has been a part of Germany’s Lufthansa Group since 2007 and has managed to maintain their safety since then.

19. The England based Virgin Atlantic, known as The Crawley was made by Richard Branson. 49% of the airlines went under the control of Delta Airlines, Atlanta in 2012. It has not experienced any crashes of incidents ever.

20. Last on our list, Virgin Australia, also founded by Richard Branson’s aviation company in 1999 has managed to not only be cost efficient but also maintain its security. It has suffered no accidents since its establishment.